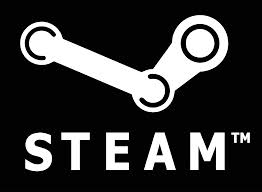 Don’t forget to add me! 😀 Just click the Steam name link below! Gracias! :*

What I really love on this community is that, you can interact with other people around the world, make friends, chat with ’em  and you can also play with them through the multiplayer, coop, or whatever mode. HAHAHA. You can also gain some of the games achievements (Or your progress in every game)

The FOLLOWING games that I have are as follows:

The other 2 “games” were in a BETA, I mean, for testing? urgh. I dunno HAHAHA, but it was counted though..

The good thing is, you can share your own games to others.. BUT BUT BUT. For limited time only.. if he plays, you will be given a time to quit your current game for 5 mins? HAHAHA, and if he quits, then you can even play again on his/her shared game.

The SUPER BAD THING HERE IS, I wasn’t able to do their Community Market, where you can buy/sell your things in your inventory… the reason is,  I forgot my previous password and they prohibited me to use their market  for 1 month. A friendly tip! KEEP IN YOUR MIND THAT WHEN YOU CREATE YOUR OWN PASSWORD, BE SURE IT WILL EASILY TO YOU TO REMEMBER. I KNOW you know it. :>

So, I think.. I had given so much information? Just let me know.. if you have some questions? or clarification? Or whatsoever.

I decided to post another article for the games that I currently playing.. so stay tuned! :*